By Michael Rosenblat
Published on Nov 4, 2019 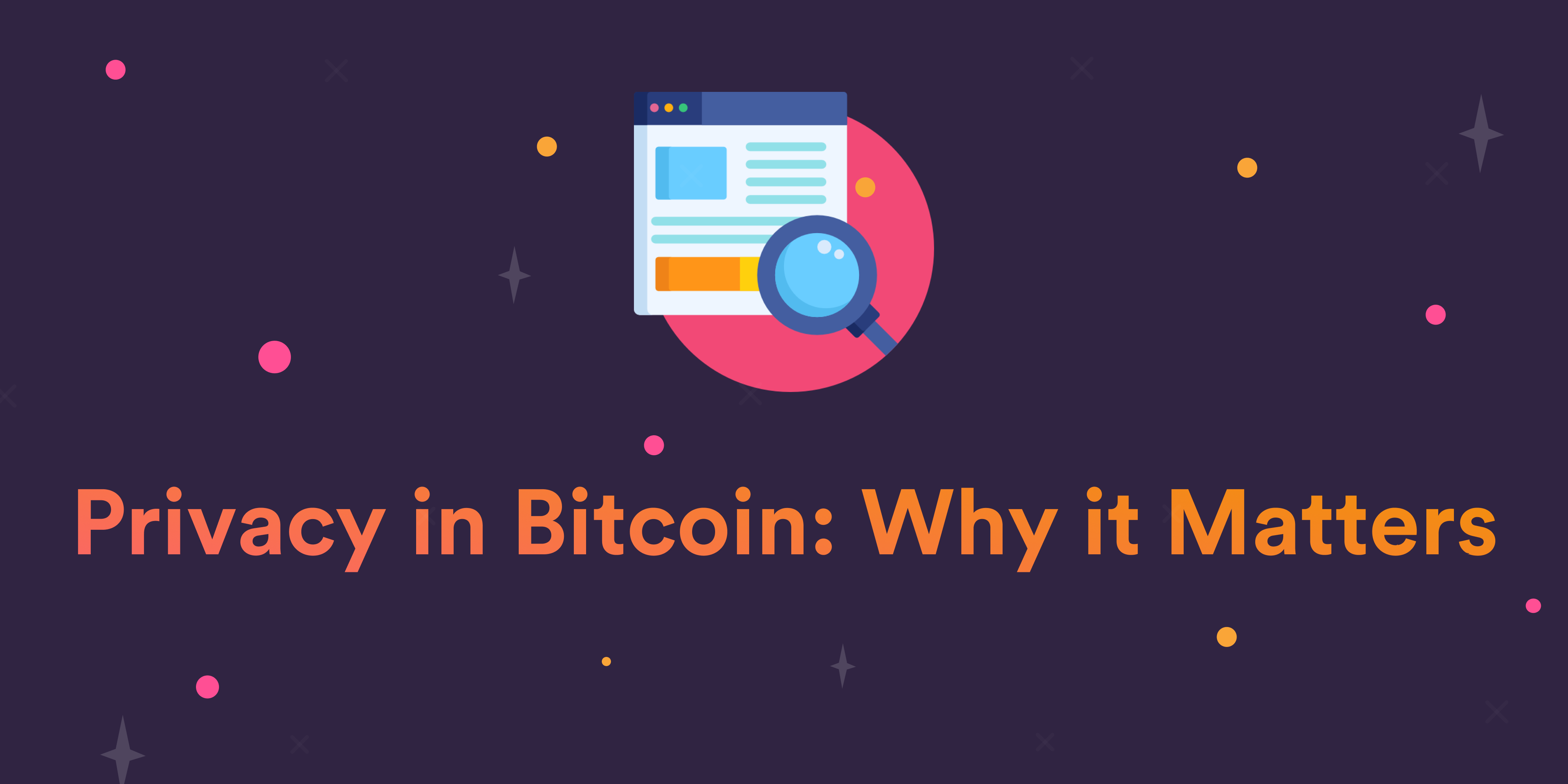 As the world continues to transact for goods and services online, protecting personal data becomes increasingly crucial. Every purchase is stored by a consortium of credit companies and online retailers which generally has unintended, negative consequences.

Fortunately, Bitcoin introduced a more private, anonymous, and censorship-resistant method for transacting freely - attempting to emulate physical cash in the digital world. Still, the Bitcoin network is far from completely anonymous or private. There are chain surveillance companies that can track blockchain-related data similar to how traditional payments are tracked. If bitcoin transactions are blocked due to lack of privacy, then it defeats the entire aspect of censorship-resistance, which is core to Bitcoin.

In this piece, we’ll discuss:

There are clear consequences of transacting online with traditional credit cards or banking methods.

This further enforces the fact that simply having an option for transacting online similarly to physical cash is very important. Bitcoin and the general cryptocurrency revolution provides a method for us to do just that. But, as mentioned, Bitcoin is far from completely private, especially as chain analysis companies are working to track all payment paths on the blockchain.

What are Chain Analysis companies?

Chain analysis companies are organizations that gather metadata on the blockchain to combat terrorists, money launderers, and other political threats. At a general level, they gather clusters of data indicating that a group of addresses may be tied to drug websites, terrorist organizations, gambling websites, or even onramps and offramps like Coinbase. While there is no doubt that these services are needed, especially for defending against terroristic threats, the boundaries for giving out personal information can cross into unwanted territory, as we’ve seen with tech giants today.

For example, if you purchase on Coinbase, it’s likely that from the moment you purchase bitcoin, to when you send it to your personal wallet, and especially if you cash back out, that all of your transaction paths are tracked. If Bitcoin transactions are tracked, it means privacy is lacking.

Furthermore, those analyzing blockchains can actually pindown IP addresses of individuals, which can lead to personal information such as name, age, and address. Assuming this data is stored somewhere, it’s another honeypot for attackers.

One of the largest chain analysis companies is Chainalysis. And as mentioned, these companies do have good intentions and do indeed work to find corruption in many forms. But, if the boundaries are pushed too far, such as blocking mundane transactions for unnecessary, company-specific reasons, then the fungibility of Bitcoin is threatened.

By pure definition, fungibility means that every bitcoin is equal to every other bitcoin. I send you a bitcoin, you send me a bitcoin, they are equally interchangeable and maintain the same value. By this definition, Bitcoin is fungible today, but at a pragmatic level, we will dive into how the definition of fungibility can become much wider.

Unlike physical cash, different “coins” or more technically, transaction paths, have different data attached to them. For example, it’s possible that at one time someone purchased something illegal using bitcoin, and eventually, that bitcoin path reached you by natural means. This same thing happens with physical cash, but there is no technical data tied to each dollar bill. There is complete privacy. No one really knows where the dollar bill in your wallet has been, nor should it matter.

Companies and governments can be aware of possible illicit data activity tied to Bitcoin transaction paths that you own. Potentially, chain analysis companies can then reach out to large exchanges and wallets to actually block a specific transaction path, even if it’s bitcoin that you own for completely legitimate reasons.

Ultimately, to preserve the highest level of censorship-resistance and fungibility, privacy is of the utmost importance. To maintain privacy, there is a game of cat and mouse being played between Bitcoin developers and chain surveillance entities.

To maintain privacy, Bitcoin developers are consistently working to implement privacy layers to stay ahead of the chain analysis game. While there are plenty of alternative cryptocurrencies (altcoins) which employ privacy layers such as the Zerocash protocol as seen with Zcash, or RingCT as with Monero, these privacy layers are often too expensive. Expensive means that the sizes of the transactions are too large, creating a network that is not scalable. This means that Bitcoin developers must be extremely mindful about adding privacy layers while keeping transaction sizes small, to balance out scalability.

But not to fear, there are excellent proposals in the works. Currently, one of the prominent Bitcoin proposal updates is Schnorr signatures. For those who are technically interested, click here for a brief explanation of how Schnorr signatures improve privacy and scalability in Bitcoin. For those who are not interested, simply remember the true importance of privacy in Bitcoin. Without privacy, Bitcoin is not censorship-resistant, and thus, is not properly emulating physical cash. Digital cash is what enables people to gain direct ownership of their wealth, rely less on traditional payment methods, and live more freely in the digital age.