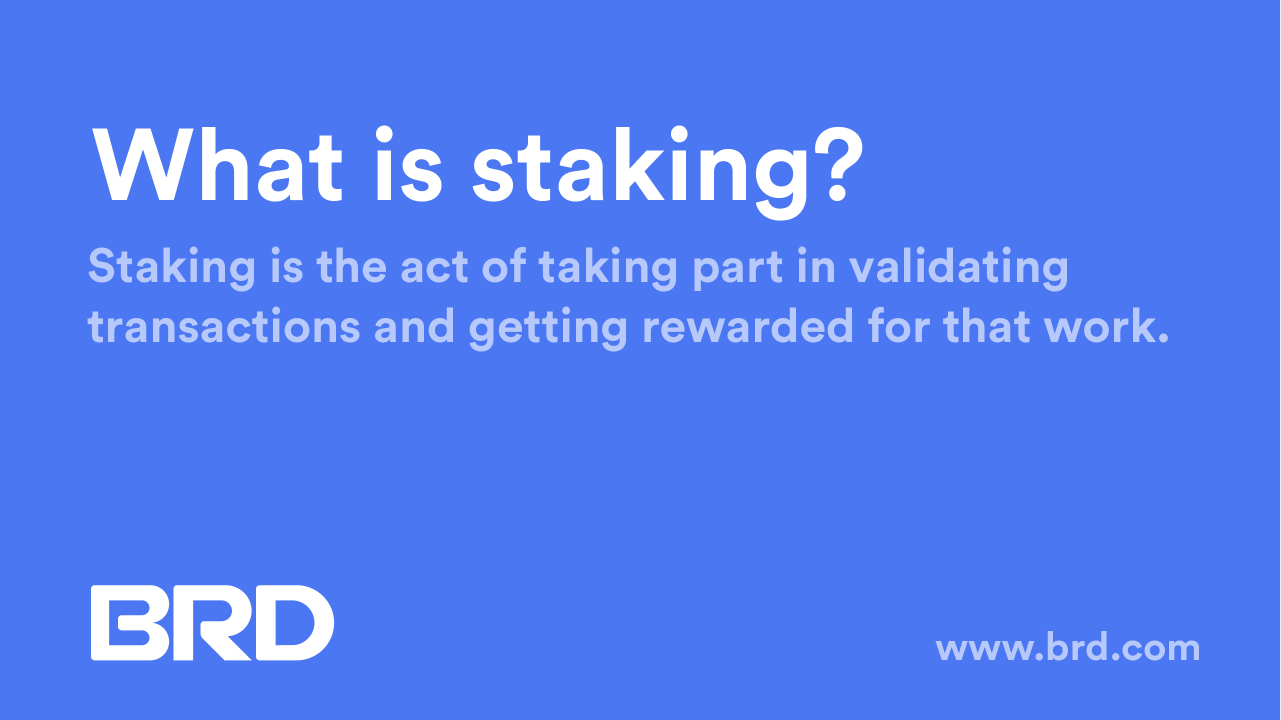 Staking is now live in BRD. As a wallet that protects over $20B in assets and has over 7 million users, it’s important we are prudent in how we introduce and implement new functionality. With ETH2 upgrades in sight and more crypto enthusiasts than ever participating in staking and other DeFi-type products, it’s time BRD implement staking to cater to our base of long-term investors.

Staking is the act of taking part in validating transactions and getting rewarded for that work. Much like Proof-of-Work (PoW) on Bitcoin, staking is known as Proof-of-Stake (PoS), which allows holders of an asset to put up a certain number of tokens for stake (locking coins) and earn staking rewards. In contrast to PoW, PoS does not win a reward based on winning a mathematical puzzle but based on the number of coins up for stake. The protocol chooses which staking validator(s) can forge the next block based on the number of tokens locked up and generally how long coins have been staked for.

The more coins up for stake, the higher the chances of winning rewards, and thus, the more rewards are earned by the participant.

- Lock up funds for staking

- If the block is successfully added to the blockchain by the node, the node gets a reward

The number of coins, length of validator actively staking, how many coins exist on the network, inflation rate, block reward changes, and other factors go into the size and chances of the reward.

Staking is much easier than mining on PoW. Staking generally involves pressing “stake” in a wallet or choosing a number of coins to delegate to a validator node for staking. No extra hardware needed like with mining Bitcoin! It’s a very simple and passive way to contribute to a network and get rewards.