By Michael Rosenblat
Published on Oct 8, 2021 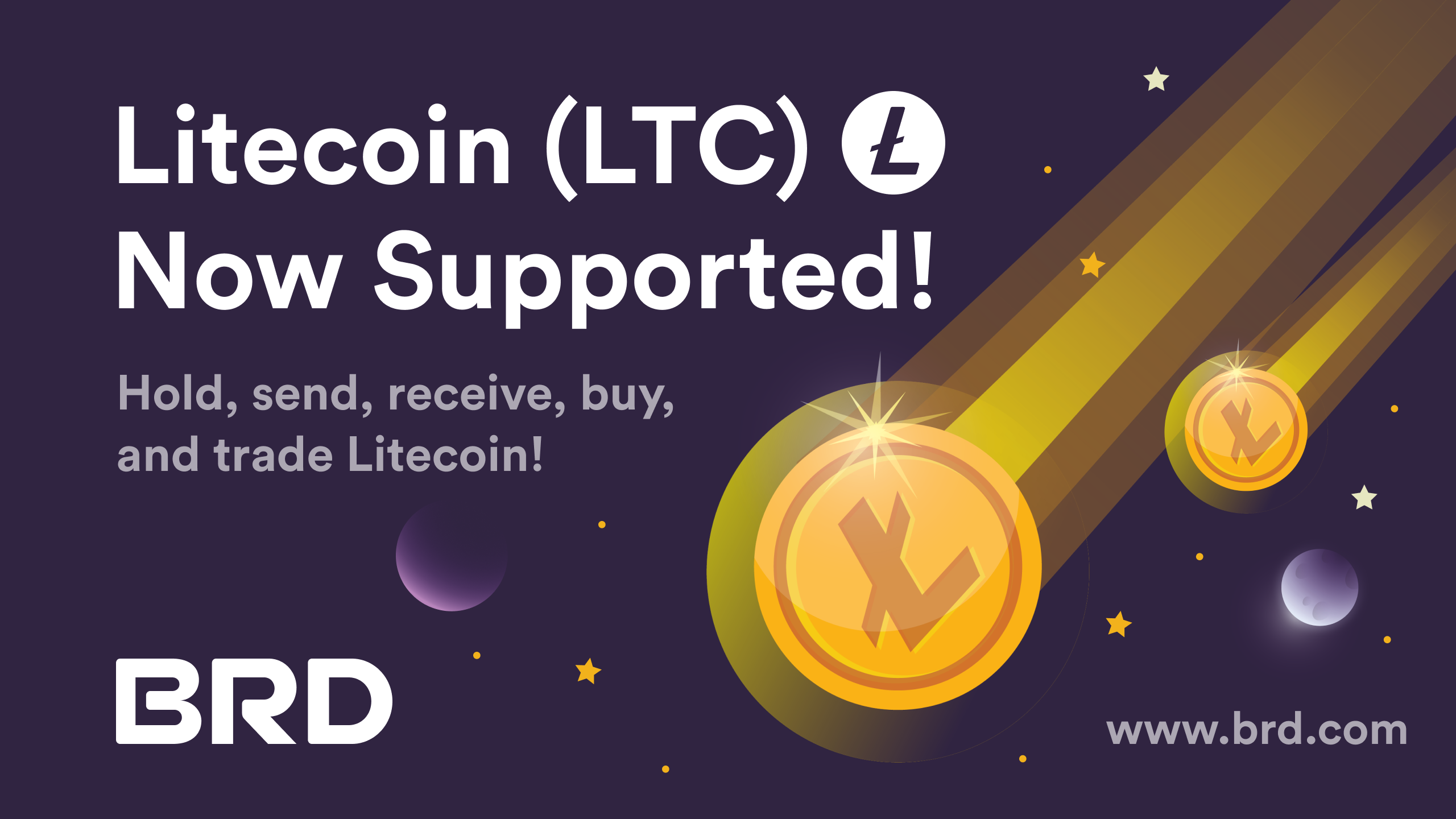 BRD is thrilled to announce Litecoin (LTC) support! You can now hold, send, receive, buy, and trade LTC on both iOS and Android.

Why we added support for Litecoin.

BRD has been witnessing significant growth in regions like Latin America, Africa, and India. After performing user interviews, we learned that many users are using BRD for payments, where it be as compensation for remote work or to pay for goods and services.

Particularly in some Latin American countries, such as Argentina, where inflation is a tangible issue, crypto plays a vital role. It’s important to secure as much of your paycheck in a more stable currency, or asset you believe will rise. Those that have been converting and hedging their income into BTC as a store of value have proven to do quite well. But for actual payments and international remittances, LTC continues to be a preferred choice.

Litecoin is one of the oldest and first forks of Bitcoin dating back to October 2011, created by Charlie Lee. Up to 2011, Bitcoin was mined mostly by GPUs, making CPU mining, or simply mining from one’s computer, impractical. Mining from your CPU was no longer competitive enough to win mining rewards on Bitcoin. There has also been the development of FPGA or ASIC mining rigs, which makes Bitcoin mining even more competitive and expensive.

At the time, there were other projects trying to create “ASIC resistant” projects with mining algorithms that enabled people to more cheaply and practically mine, creating a more decentralized network. But these projects had issues, whether it be unlimited coin supplies, or too much coin allocated to coin creators.

This is where Charlie Lee came in to create Litecoin, which went live on October 13, 2011, as a cheaper and faster alternative to Bitcoin, with a new mining algorithm. And most importantly, Litecoin implemented a coin limit like that of Bitcoin, with an overall fairer launch.

A brief overview of the technical changes between Litecoin and Bitcoin. There are faster block times of 2.5 minutes, compared to Bitcoin’s 10 minute block times, so new blocks are added to the chain that much faster. There is also a larger maximum supply of 84 million versus Bitcoin’s 21 million. So the block time is 4 times faster, with 4 times larger supply. The important result of these fundamental changes is lower fees and faster transactions, which makes Litecoin most notable as a contender for global payments.

To this day, Charlie Lee is a Managing Director of the Litecoin Foundation which still supports its original mission of faster transaction times and cheaper fees.

Litecoin is now supported by thousands of merchants and the agenda still pushes forward. You can learn more at litecoin-foundation.org.