Here at breadwallet, we’re die-hard bitcoin fans. Many of us have shared in the joy and sorrow of bitcoin’s early years, when it was buffeted by doubt, scandal, and general misunderstanding.

Although bitcoin’s price may seem random, it really is just a series of mini-bubbles that average out to a long, s-shaped adoption curve, like this: 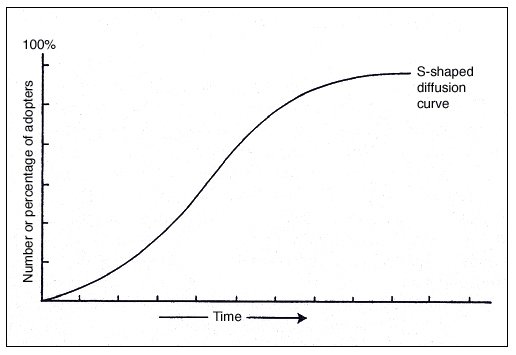 It is not known precisely where we are on the curve, but with an addressable user base of almost 7 billion people (everybody uses money) and only 20 million bitcoin holders today (high estimate), there is a good argument that we are in the very early stages. Here is a chart of bitcoin’s price since 2009: 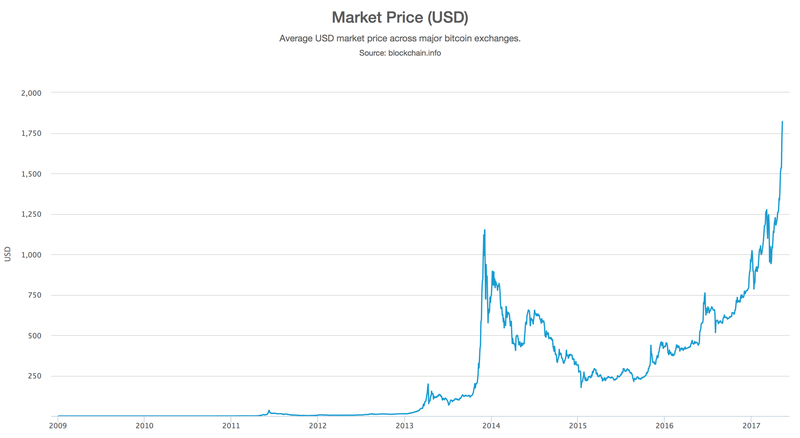 As you can see, there is a very real chance that the pattern from 2011, early 2013, and late 2013 is about to repeat. If this happens, you’ll get to witness the 4th official “bitcoin bubble” over the next few months. As of today, the price of one bitcoin is about $1,750. Here are four things you need to know to be prepared for this rare and exciting phenomenon.

1) Every time the price of bitcoin really takes off, it sets a new record for all time high.

Past performance is not an indicator of future performance, but on each occasion that bitcoin entered a mania, the price increased tenfold before the action was over. That means that the top of this bubble could conceivably reach $10,000 per bitcoin.

2) When the mainstream media gets involved, we’re near the top.

The media has a habit of catching on to the bitcoin trend just as the manic buying reaches its crescendo. Be careful at this stage. Many people will try and get in for fear of missing out, but this is the most dangerous time to speculate on the upside of bitcoin.

3) You won’t know we’ve hit the peak until at least a month after it’s happened.

After the top, there will be steep declines and heavy volatility. Because of this there will be several moments when it seems like bitcoin will take off again on another improbable leg upwards. Only once a downtrend is firmly established will it be clear that the crazy times are over.

4) Bitcoin will be called dead after the top, but it won’t be dead, and will settle at a price higher than the previous bubble’s top.

The first bubble peaked at about $30 and then dropped to $3. The second bubble rose to $260, before crashing back to $70, or more than twice the peak of the previous bubble. The third bubble went up to $1,200 before a dramatic crash all the way down to $170. At that point a lot of people thought bitcoin was a failed experiment, but the price soon leveled off at $260 (the same as the previous bubble's peak), and continued to grow to where it is today.

With the great speed at which the bitcoin price has been increasing recently, there is a good chance that we are at the cusp of the next great bubble. And if history is any guide to the future, it's very possible the price will end up back around the low thousands once the hype loses steam and the price corrects.

With these four things in mind, you should be better prepared for another bitcoin bubble. So enjoy the show, and remember to never invest more than you can afford to lose. If you do invest, keep in mind that the best strategies to benefit from long-term upwards trends amidst heavy volatility are dollar-cost averaging, and to simply “buy and hold.” Even those who bought bitcoin at the peak of the last bubble when bitcoin was $1,200 are sitting on healthy profits today today... as long as they remained patient and held their coins.

Whether you own bitcoin already, plan on buying some, or prefer to sit by the sidelines for the entertainment, remember that there is order beneath the chaos. But most importantly, don’t panic!