In this article, we take a dive into analyzing whether Libra is a cryptocurrency or not, and how it can help push the crypto industry forward. (5 min read) 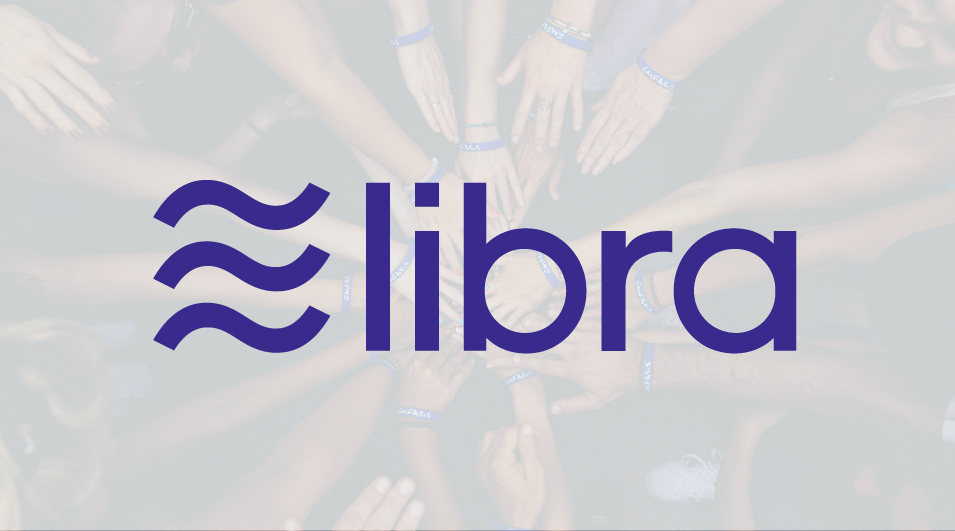 Recently, Facebook unveiled plans to launch its own cryptocurrency, Libra, with the intent of introducing the largest global payment network.

The social media giant with 2.7 billion users has been criticized as an odd contender in the crypto space, considering its questionable privacy practices. It wants to be your source for communication, interest exploration, online shopping, and now, your bank. Despite how individuals in the cryptocurrency community feel, Libra is a reality, and Facebook will continue to move forward. It’s time to put emotions aside, weigh the pros and cons, and ultimately leverage it to our benefit.

Let’s begin by understanding if Libra is a cryptocurrency, then how the crypto community can use Libra to its advantage.

Naval Ravikant, a renowned investor and entrepreneur, posted a defining tweet on the matter.

“Libra is a fine digital currency, but it’s not a cryptocurrency.

Cryptocurrencies have value precisely due to decentralization.

Cryptocurrencies should contain the following criteria:

1. Borderless: Facebook is strictly controlled by jurisdiction, and thus, Libra payments will presumably not be borderless as compared to cryptocurrencies.

2. Censorship Resistant: Facebook, along with 27 other companies, ranging from Visa to PayPal and Uber, will be running Libra nodes. These companies will be in control of consensus, hence, Libra is not censorship resistant.

3. Neutral: Libra nodes will likely not be neutral, and will be in control of who is allowed to participate at the consensus level and regular payments level. At the consensus level, the cost to run a node is upwards of $10 million and each entity must be thoroughly vetted. At the payment level to set up an account, Facebook is bound to the same regulations as any major bank, even though users will be able to send Libra across the web, not only within Facebook.

4. Public: Not a fully public blockchain, it will likely be a hybrid private/public chain.

5. Transparent: Not all blockchain data will be transparent, assuming it is not fully public.

Note that decentralization is not binary. There is a gradient scale that defines how decentralized a network is. When analyzing the degree of decentralization, you’ll want to consider the above criteria and also determine the number of nodes, where they are physically located, and confirm they are not operated by the same people.

Given this, where does Libra fall on the scale?

Libra is Centralized, but it’s Okay 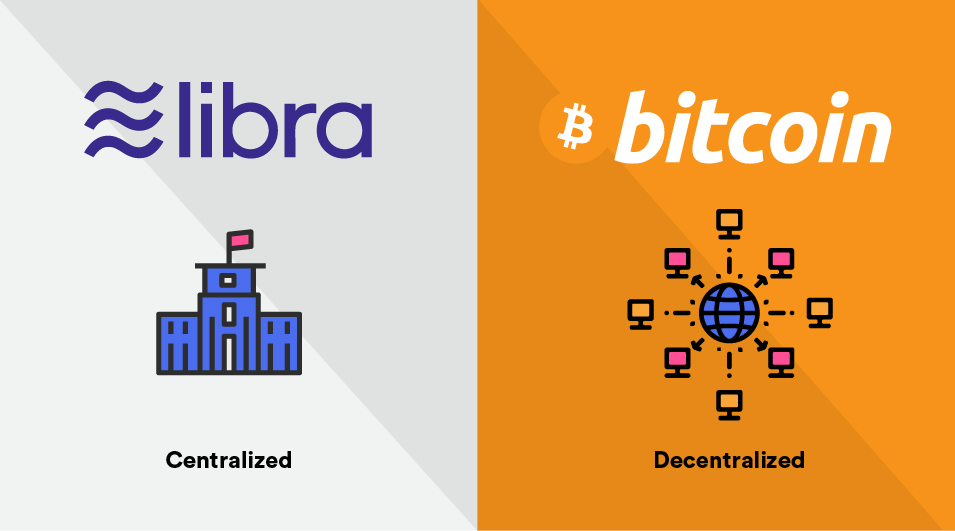 As noted above, Libra upholds none of the criteria required to be considered decentralized. The nodes will be run by a conglomerate of 27 major corporations. Simply put, Libra is a centralized digital currency that lacks the innovation of cryptocurrencies. Libra is also backed by tangible assets such as government securities and a slew of international currencies, making it a stablecoin pegged to $1 USD, further differentiating itself from assets like bitcoin which is uncorrelated to fiat (government currency).

Digital assets such as loyalty points, in-game items, and online tokens have existed for several years, but now it seems companies like Facebook are using “blockchain” and “decentralization” in their narrative to exploit a more open, liberal angle.

While we agree that using decentralization in reference to Libra is incorrect, it’s not bad to pair the two - for now.

Is it all bad?

No, it just serves a different purpose. For a long time in the industry, there have been valid use-cases for both permissionless and permissioned blockchains.

Facebook’s Libra is a valid use-case for a permissioned blockchain. The centralization of the network will likely result in a higher throughput system than bitcoin. Even at the expense of giving up security, freedom, and direct ownership of wealth, a high throughput system is precisely what they are looking for. Libra competes with banks to offer a faster and easier remittance system, not with bitcoin in offering an open and transparent settlement network. This was noted by Andreas Antonopoulos in an excellent interview.

Facebook controls a majority of communication across the web, now they want to compete in the up and coming transactional layer of the internet as well. They also introduced their own language “Move” encouraging developers to build applications on the Libra network, analogous to Ethereum. In other words, the Libra blockchain is a programmable blockchain open for developers to build on, but presumably still subject to Facebook’s rules, KYC and other regulations.

Evidently, there is overlap between Libra wanting an open ecosystem for developers and the open-source nature of cryptocurrency, but they are still targeting a different market. They are competing within the established banking and remittance system, rather than disrupting it from the outside like Bitcoin and cryptocurrencies.

Libra Helps us Spread the Word

Libra will help educate the masses on what cryptocurrency is all about, despite the fact that it goes against nearly all of crypto’s philosophies.

Not only is Facebook introducing people to the concept of global money and the fragmented structure of banking, but it allows Bitcoin and cryptocurrency enthusiasts to create a narrative, showing a clear distinction between digital currencies and cryptocurrencies. Tim Draper, Adam Draper, Jack Dorsey (along with Square Crypto) and other big names, are major supporters of the decentralized movement and it makes sense for them to help push the true cryptocurrency ethos. We have an opportunity to draw a clear distinction between cryptocurrencies like bitcoin and corporation digital currencies like Libra.

1. Will introduce billions to the concept of cryptocurrency

2. Provides an opportunity to clearly educate the masses on cryptocurrency

Along with the introduction of Libra, we are witnessing the most significant increase in bitcoin price since 2017. As people learn about Libra, they will learn about bitcoin, other cryptocurrencies, and hopefully, dive into the exciting industry that we are in today.